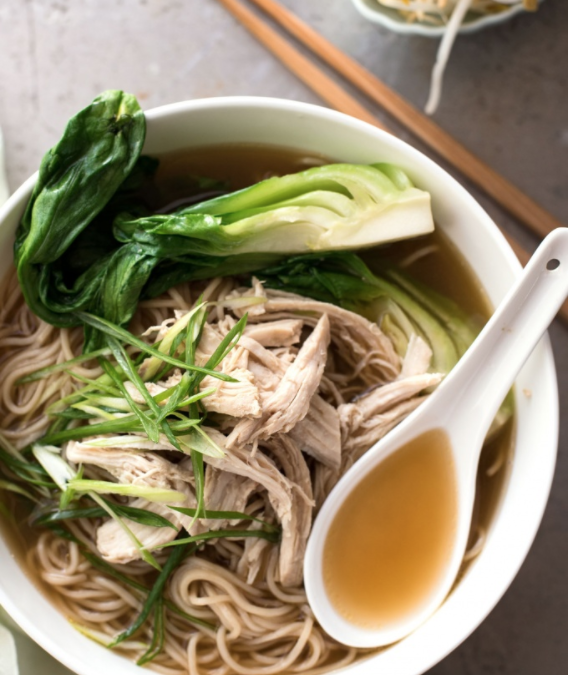 Place the noodles in a large heatproof bowl. Cover with boiling water. Set aside for 2-3 minutes to soak. Use a fork to separate. Drain.

Heat the oil in a large wok over high heat. Add the chicken and stir-fry for 2 minutes or until just cooked. Transfer to a plate.

Add the onion, carrot, capsicum, zucchini, beans, corn, ginger and garlic to the wok and stir-fry for 2 minutes. Add water and bok choy or choy sum and cook, covered, for 1-2 minutes or until beans are bright green and tender crisp.

Add the noodles, chicken, soy sauce and sweet chilli sauce and toss until well combined and heated through. Divide among serving plates and serve immediately.

We deliver to Uralla, Armidale, the Invergowrie Store, Walcha, Bendemeer, Moonbi, Kootingal, Nemingha, Calala and Tamworth for a flat rate of just $5.50

Want to hear from us occasionally?